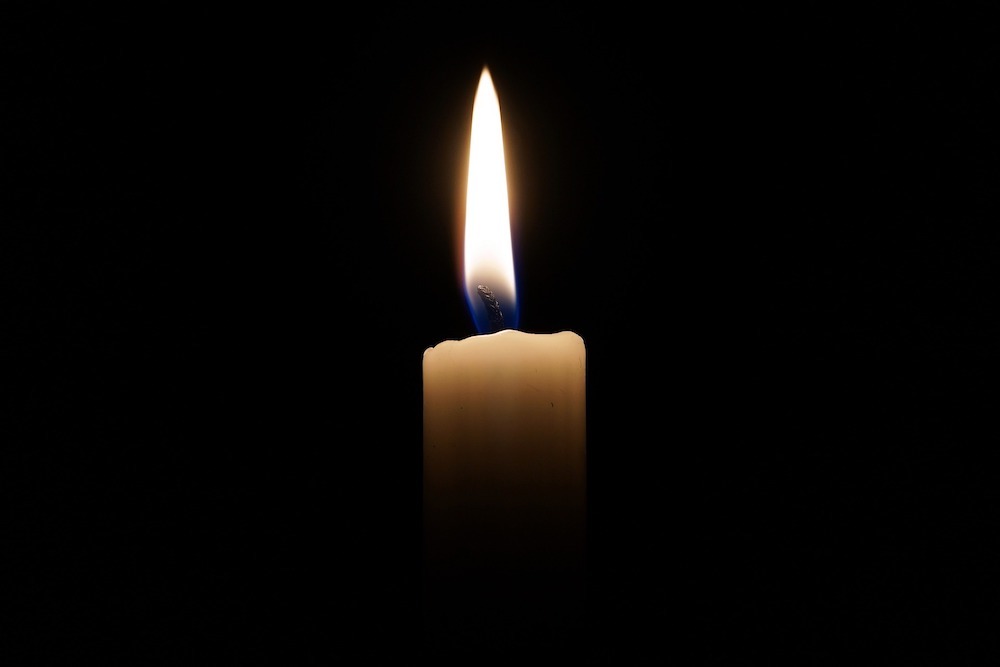 Apart from the time he spent earning a master's degree at the University of Northern Colorado, Bill spent his life in Albion as a successful businessman, community leader and loyal alumnus of Albion College.

"I will miss Bill's enthusiasm toward all things Albion," said President Mauri Ditzler. "He was a great proponent for our town and our college. His enthusiasm was infectious."

Bill served on Albion's Board of Trustees for nearly 30 years, and likewise spent decades as an alumni adviser for the Sigma Nu fraternity. He underwrote many influential projects, including the Stoffer Lecture, that brought such speakers as actor James Earl Jones, First Lady Barbara Bush, commentator Fareed Zakaria, Duke University basketball coach Mike Krzyzewski and author Bill McKibben to campus. Stoffer established and supported a number of College scholarships and programs, and provided the Science Complex's Stoffer clock tower.

Bill also encouraged his fellow alumni to share this giving spirit. His Senior Class Gift challenge to the Class of 1995 resulted in the highest participation rate in the College's history. To commemorate Sigma Nu's Centennial at Albion, Bill gave a founding gift for the Sigma Nu scholarship and encouraged his fellow alumni to support their future brothers. Bill took leadership roles on city, regional and national projects related to Albion capital campaigns, and served as trustee representative to Albion's Alumni Board.

"Bill's been involved in four campaigns for Albion College and was interested to talk about ideas for this one," Anderson said. "Bill transcended the generations with his history. He understood as well as anybody where the College has been, where it's at now, and where it's going. It's a big loss for us."

Bill was a former Albion mayor and city councilperson. Despite the demands of his work as president and CEO of Albion Machine and Tool, he took leadership roles with dozens of civic, commercial and professional organizations, a few of which include the Calhoun County United Arts Council, Chemical Bank South, Albion NAACP, the National Association of Manufacturers, Albion Historical Society, the Albion Community Hospital, Albion Volunteer Center, the Calhoun County Economic Development Commission, Albion Downtown Redevelopment Advisory Board, Albion Department of Public Safety advisory committee, and Starr Commonwealth Schools. He was also vice president of Velocity Manufacturing in Albion.

"It's so sad that I'm never going to hear his funny little laugh again," reflected Peggy Meyer Sindt, '73, former director of Albion's Economic Development Corporation. "He supported so many causes, including me—he was on my board for a long time and gave me lots of insights about the community. He cared deeply about all the people in Albion and tried hard to make sure everyone was paid attention to and had a chance to be engaged."

"In more than 30 years of knowing Bill, I never heard him utter a harsh word," said Jim Whitehouse, '69, currently a member of the College's Alumni Association Board of Directors. "I never knew him to be anything but generous with his kindness toward others, with his time and talents and with his resources. He was philanthropic in every regard."

In recognition of his civic service and professional achievements, Bill was the recipient of the Outstanding Young Man of America award, the NAACP Community Service and Pillar of Democracy awards, the Albion Festival of the Forks Citizen Award, Albion High School's Distinguished Alumnus award and Sigma Nu's Alumni of the Year award.

"His purple and gold socks and his College tie—these were important to him because Albion was important to him," said friend Linda Kolmodin. "In his heart, he loved Albion College and the community and saw them as intertwined for both to be the best they could be.”

Kolmodin continued, “Bill was the consummate gentleman and one of the kindest men I have ever known. Our friendship developed into a deep relationship that made our lives so much more meaningful. I will miss his humor, his smile and our mutual love of all things Albion."